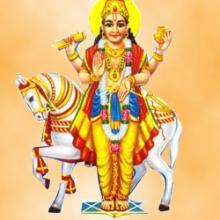 According to Ancient Vedic Texts, Venus is the planet of Beauty and Relations. It is identified with a wide range of delight, Luxuries of the Life. Venus is the Karak planet of the seventh (House of Marriage). It is additionally a characteristic supporter of Marriage in a Male horoscope. The Maha Dasha of Venus keep going for a long time. The planet Venus is the Lord of zodiac signs Taurus and Libra. It is EXALTED in the sign Pisces and it is DEBILITATED in the sign Virgo. At whatever point the planet Venus is placed in its own zodiac sign or in its EXALTATION sign, in first, fourth, seventh or tenth place of a horoscope, it frames a decent Yoga known as Malav Panch Mahapurush Yoga which makes a man exceptionally fruitful in life and such a man can appreciate every one of the Luxuries and Comforts of life.

A man with a powerless or malefic Venus experiences Diseases because of Excessive Drinking, Diabetes, Frigidness, Impotency, Sexually transmitted illnesses, he might be without Sexual Pleasures, Kidney related issues and Low Sperm Counts.

Venus is the main planet whose Placement in the twelfth house is viewed as gainful. On the off chance that an effective Venus is set in the fourth house, the individual is enriched with immense sumptuous houses and vehicles.

We will inform you the date, time and venue of Online Shukra Pooja via Phone and you and your family are welcome to attend the same.