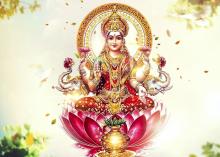 While Lakshmi is the undisputed Goddess of wealth, Kubera is her heavenly treasurer. Hence the worship of Lakshmi and Kubera is considered the most auspiciousthing for those seeking financial prosperity. This is an elaborate major Homam. After the traditional Ganesha Pooja and Kalasha Pooja, The Navagrah Homam and the Dasa Dikpalaka homam are performed. Then 1008 times recitals of Lakshmi Moola Mantra and Kubera Moola Mantra and Homa are performed. It Will be doneexclusively in your name with your specific sankalpa (wish).